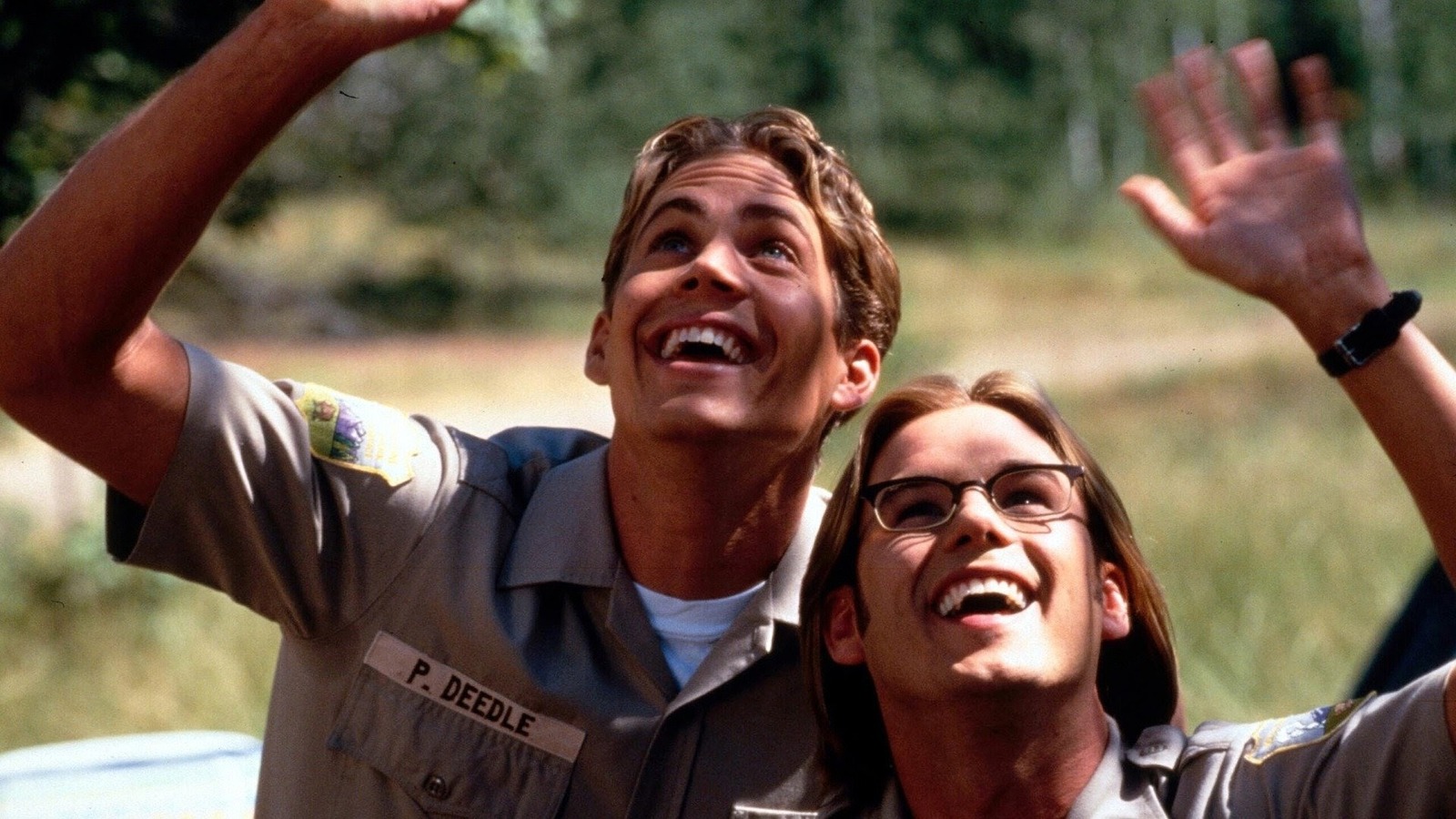 Led by first-time director Steve Boyum, Paul Walker and Steve Van Wormer play slacker brothers Phil and Stew Deedle respectively, who live out their teenage days in Hawaii by surfing, ditching school, and living off their dad’s fortune. To return to that hypothetical Disney pitch meeting, just imagine being sold this kind of plot: Phil and Steve are surfer dudes (because, ’90s) who speak almost exclusively in Disney’s idea of surfer slang and get expelled from school after drop-kicking a cop in the face. From there, we move from Hawaii to Wyoming, where the brothers are enrolled in a boot camp at Yellowstone National park by their father. Sound good? It gets better.

From here Phil and Steve get mistaken for two naturalists and are hired by the National Park before discovering a conspiracy to literally steal the Old Faithful geyser (no, Nicolas Cage is not behind it) and divert it to a new rival park. Who’s plotting such an insane plan? Celebrated actor and director Dennis Hopper, of course. Hopper plays Frank Slater, a former Yellowstone ranger intent on putting his old park … out of business, I guess? And yes, you’ve probably guessed by now that Phil and Steve do foil the whole plot with the help of a “P-dog” — that’s their little prairie dog friend. Also, Robert Englund is there. Now, gimme that $24 million dollar budget.

It’s wacky, nonsensical, and unabashedly silly. And Paul Walker knew it. In fact, the actor had about the healthiest attitude to “Meet The Deedles” you could have. In an IGN interview, he reflected on his experience saying, “That was cool, that was a good time. People clown it all the time, but I’m like ‘Whatever!?’ It was fun.”

Ziliwu - January 19, 2023 0
There's no doubt Aaron Eckhart's performance as the hot-shot Gotham district attorney was terrific. He was Gotham's beacon of hope and lived a...