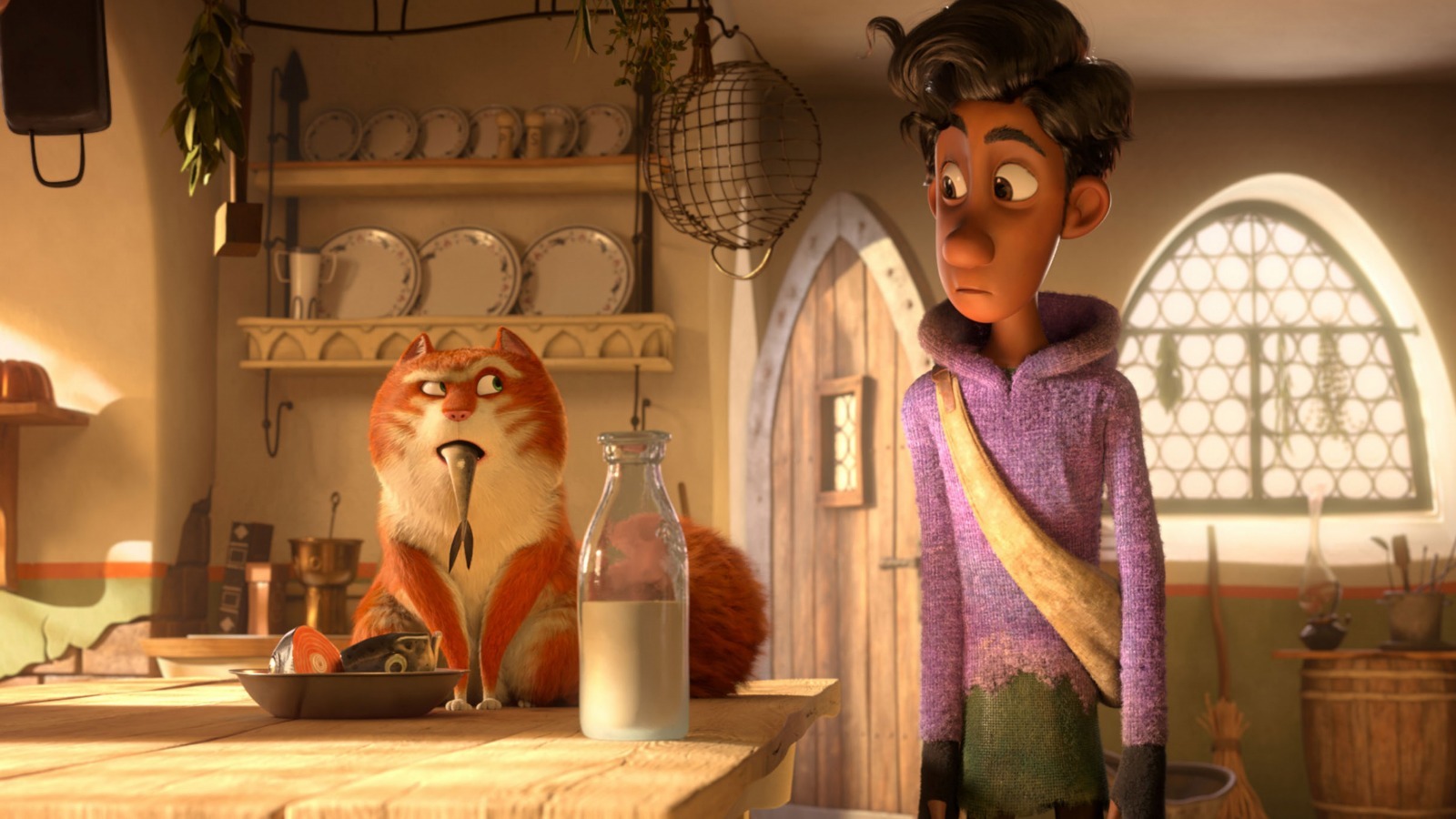 When it comes to villains though, “The Amazing Maurice” delivers above and beyond expectations. There’s been a weird dearth of villains in animated films lately, especially in both Disney and Pixar movies, which have taken a more metaphorical approach to villains. That’s nice and all, but rooting against (or for) a villain is one of the most delightful aspects of wholesome family fun. And boy, does “The Amazing Maurice” deliver! The Boss Man (a perfectly cast David Thewlis) is a mysterious and menacing cloaked figure, who has two very ugly (the film’s words, not mine, though it’s accurate) henchmen to help him imprison every rat they can get their hands on. Why exactly this man is so hellbent on taking all the rats is a mystery, but it’s one of the few sources of intrigue “The Amazing Maurice” sustains itself with.

Thewlis is no stranger to voice acting, having played the Shame Wizard in Netflix’s “Big Mouth.” He’s an incredibly charming actor, but you’d never know that from his vocal performance. Thewlis is able to chip away his warmth to get to the core of this sinister character, and does an awful lot of great work, bringing nasty, flourishing life to his generically titled character. His design is impressive as well, using a myriad of clothing textures to piece his shadow-drenched figure together. When the Boss Man’s true intentions are revealed and his identity is made clear, it’s an unexpected, satisfying, and legitimately creepy twist.

Unfortunately, I couldn’t shake the feeling that the moment is a reminder that “The Amazing Maurice” could have been so much more than what it is. That’s also true of the film’s framing device, which uses a lovely hand-drawn animation that looks like a children’s storybook come to life (in fairness, that’s exactly what it is). That animation is beautifully rendered, and it’s a shame the whole movie didn’t adopt a hand-drawn approach. It really would have made “The Amazing Maurice” stand out in the world of animation. I understand that hand-drawn and CG animation are two very different breeds, and one is a great deal more time intensive than the other, but it’s a shame that the film ends up looking pretty lifeless and generic, especially since it gives a taste of something so much more whimsical and far more exciting.

Despite a villain that does everything possible to elevate “The Amazing Maurice,” this is a forgettable movie. I think kids will have a decent time with it. Adults won’t be as fortunate, and it’ll take a lot of restraint to not stare at their watches. There are some efforts to try and spice things up, but there’s simply not enough in these characters or story to sustain a feature-length film. It starts with a clever opening and a cute musical number. But that spark dims quickly, leaving me wondering about what could have been.

Is There Anybody Out There Review: A Deeply Personal Story Of...

Ziliwu - January 22, 2023 0
Where "Is There Anybody Out There" stumbles is in execution. I found the documentary dragged; it had a loose, home-movie feel that I...