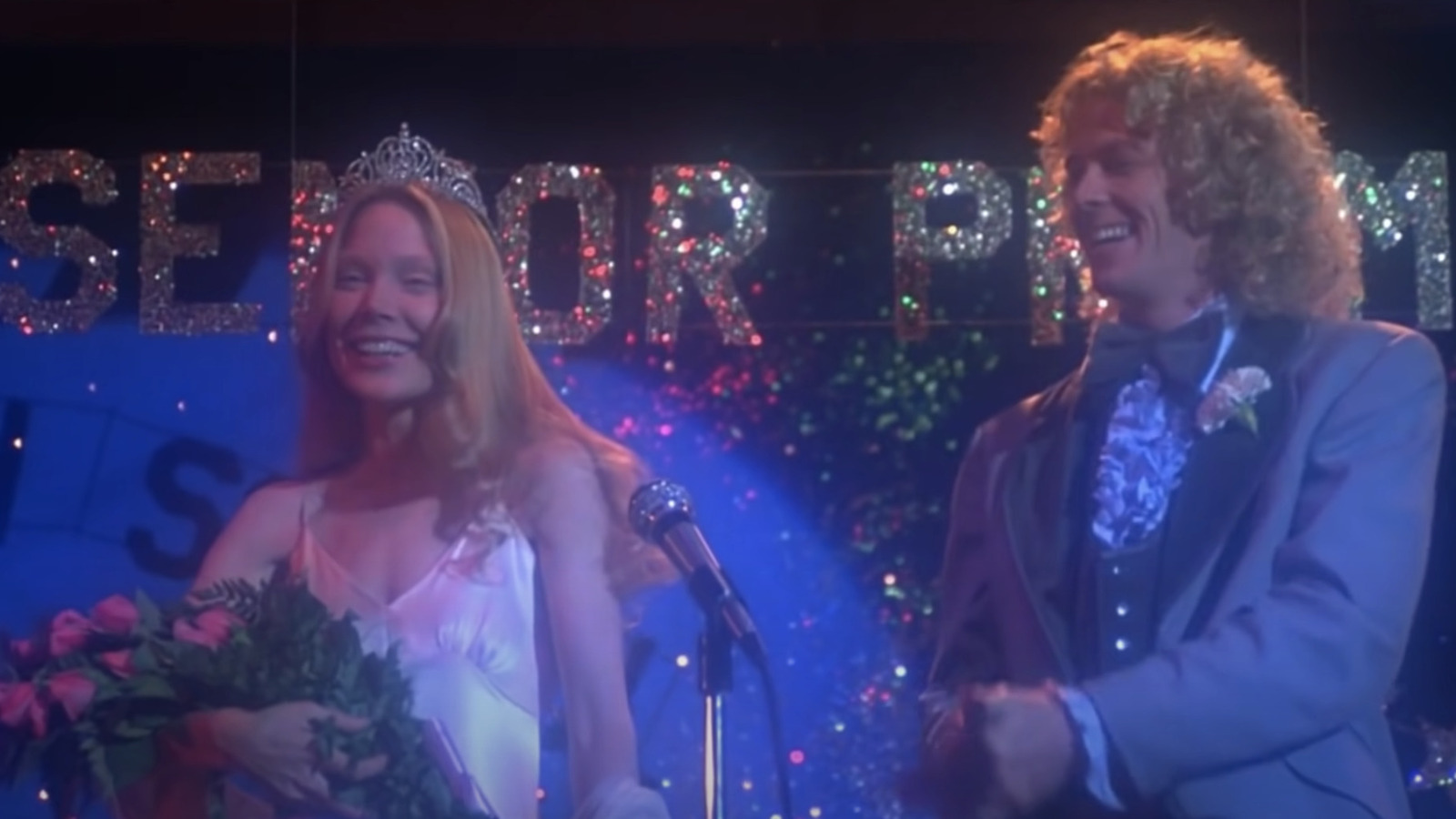 When Spacek spoke with ComingSoon.net about “Carrie” in 2017, she recounted the shooting of the pig blood prom. As Spacek tells it, most of Carrie’s emotions that you see onscreen were real. While the overall experience was “a little nerve-wracking,” she enjoyed the first half for the same reasons Carrie did: “I was having my beautiful prom queen moment and that was so lovely. Carrie was having the time of her life, and those were real tears of joy and happiness.”

Then the blood spilled. Spacek said that it felt like a “warm blanket,” of all things: “It was heavy, thick and it was shocking.” When the soaked Carrie looks out into the crowd, she sees people laughing. The movie suggests that this is just how she thinks they’re reacting, but obviously, the actors in the crowd had to actually laugh. This meant Spacek had to endure a facsimile of the humiliation Carrie felt.

And it wasn’t over yet. The scene was shot over two takes, so after the first, Spacek had to get cleaned up only so she could get blood dropped on her again. Even though it wasn’t anything new, Spacek said the second take still felt, “just as intensely real” as the first.

From the way she describes it, Spacek’s experience sounds like a rollercoaster of emotion. Yet, she capped off her recollection by declaring: “I loved shooting that scene, it was really great.” Carrie is a very withdrawn character for most of the story, which meant Spacek had a limited range of emotions to display in her scenes, mostly just shyness and submissiveness. The prom scene must have felt thrilling in comparison. Spacek’s experience is proof that a scene can be traumatizing for a character — and the audience too — but fun for an actor.

Ziliwu - January 29, 2023 0
When director Chad Stahelski first approached Yen for the role of Caine, his main reference point was Zatoichi, a blind swordsman from a series...