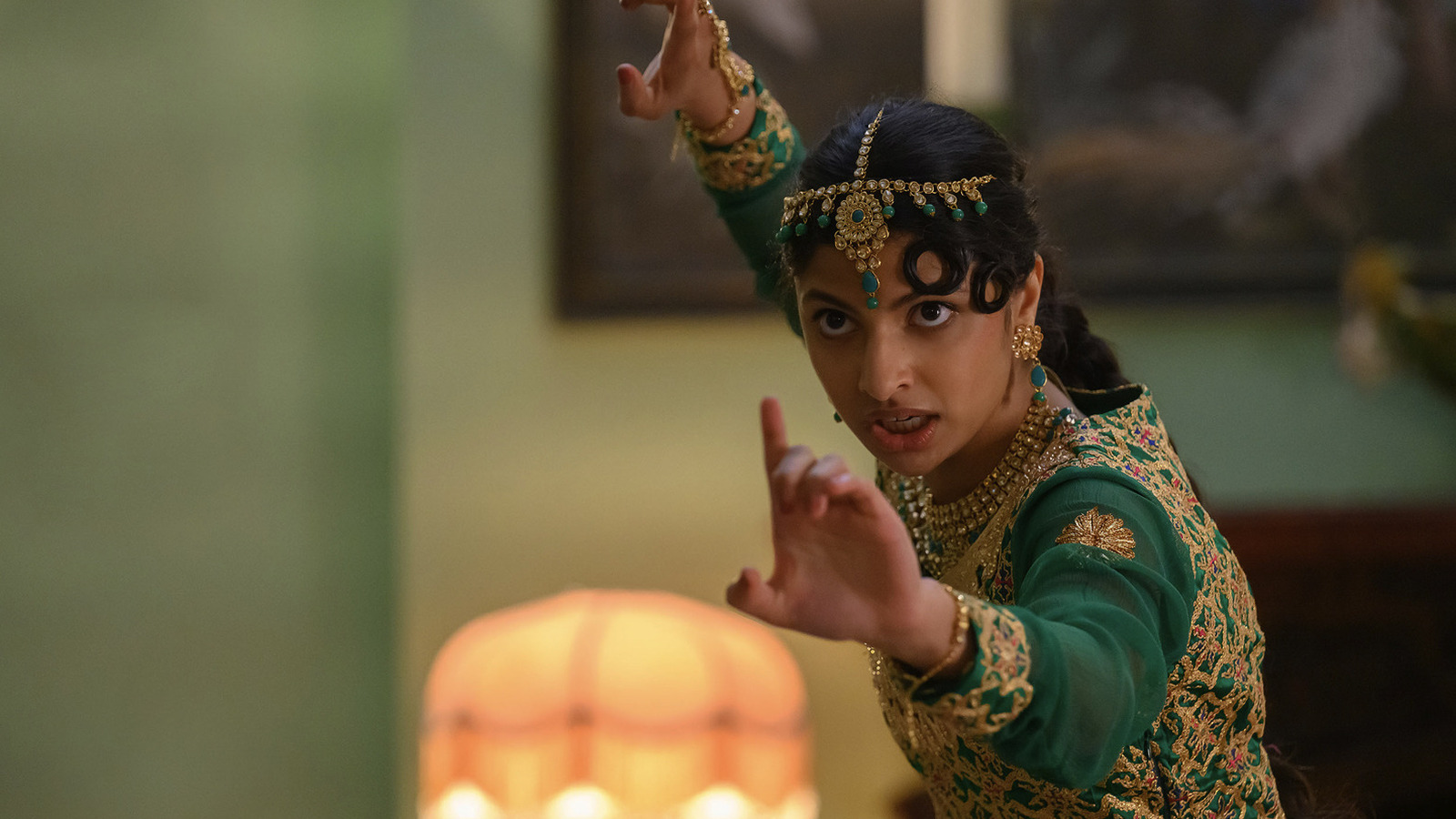 Nina Manzoor, the creator of the acclaimed series “We Are Lady Parts,” wrote the screenplay and makes her feature directorial debut here, bringing a terrific sense of humor to the proceedings while infusing it with action movie sensibilities. Ria constantly finds herself in fight scenes, which Manzoor treats as major showdowns, slapping bright yellow text on the screen (“Khan vs. Kouvacs”) and dropping in sound effects of eagles screeching as she pushes the camera toward the combatants as if they’re in a Leone western. She shoots these brawls in a heightened style, incorporating wire work and larger-than-life choreography: In a battle with her bully at school, Ria leaps off columns in the library to transition into a lengthy flying kick, only to be grabbed in mid-air and flung through a glass display case. Later, after Ria angers Lena by trying to interfere with her sister’s relationship, Lena smashes her face into a framed photo of the two of them and kicks her straight through a door in their house.

Manzoor never lingers on the aftermath of these melees, so it seems extremely unlikely that they’re happening exactly as shown. Instead, they’re filtered through Ria’s perspective, and through that distinctly teenaged sense of everything having life-or-death stakes. Ria is regularly bruised and bloodied, but she’s tenacious, like an ’80s action hero who always manages to get up after being knocked down, and her tenacity ingratiates her to the audience. All the while, Kansara is game for everything, bringing an impressive physicality and an even more impressive sense of comedic timing to her performance.

Ziliwu - January 26, 2023 0
As of right now, we don't know a ton about Robert Eggers' dream project, but we can piece together an intriguing tale based...