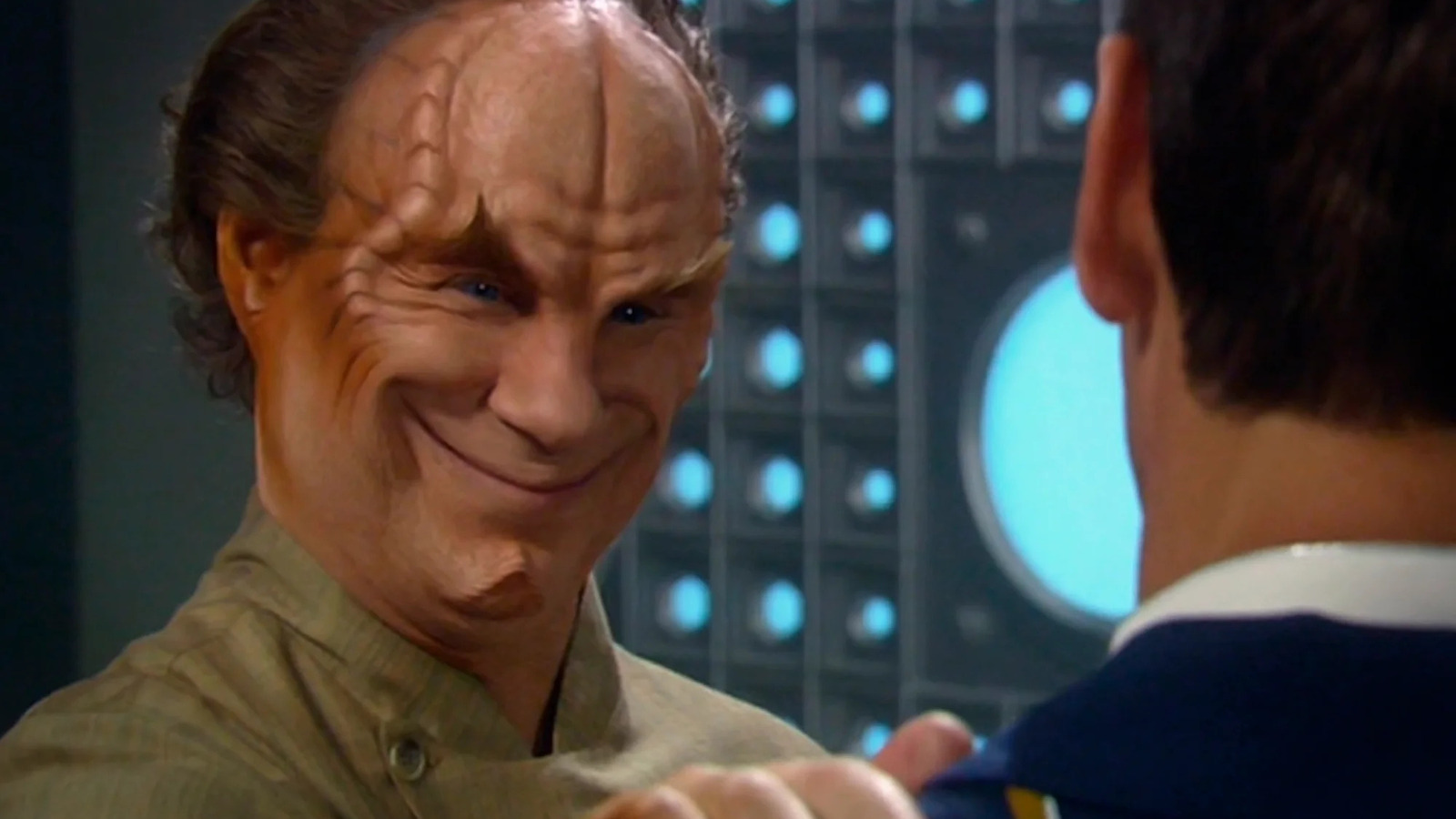 In a recent episode of the TREKtalks podcast, handily transcribed on TrekMovie.com, John Billingsley talked about playing Phlox, happy to mull over the idea of his potential return. Billingsley, however, was very clear that he would not want to have a regular gig anymore, preferring to play a recurring character or even an occasional guest spot. The main reason for not wanting to play the role on the regular anymore was quite simple: Billingsley hated the makeup. Denobulans, like many “Star Trek” aliens, are possessed of pronounced cranial ridges on either temple that extend down to their cheeks. They have outsize eyebrows and small dimples on their chins. Most painfully for Billingsley, they have large, pale blue eyes. The prosthetics and contacts were downright painful for the actor. Billingsley said:

“I don’t know if I’d want to be a regular again. But I’d certainly go back as a guest or recurring. I mean, to be really honest, the makeup is tiring, but the thing that really is tough was the eyeballs. They put these gargantuan contact lenses in your eyes. And, they can’t account for astigmatism, because they cover the entire eye. So you’re more or less blind all day. I mean, you can see, but you can’t read … So I’d have to feel like it was interesting. I don’t know that I could do the series regular route again, but if it was a smaller arc? Sure, of course.”

Without the ability to read, consulting a script was out of the question, as was acknowledging the smaller details of the set or of his co-stars’ performances. One can easily understand why Billingsley would be reluctant to return to “Star Trek.”