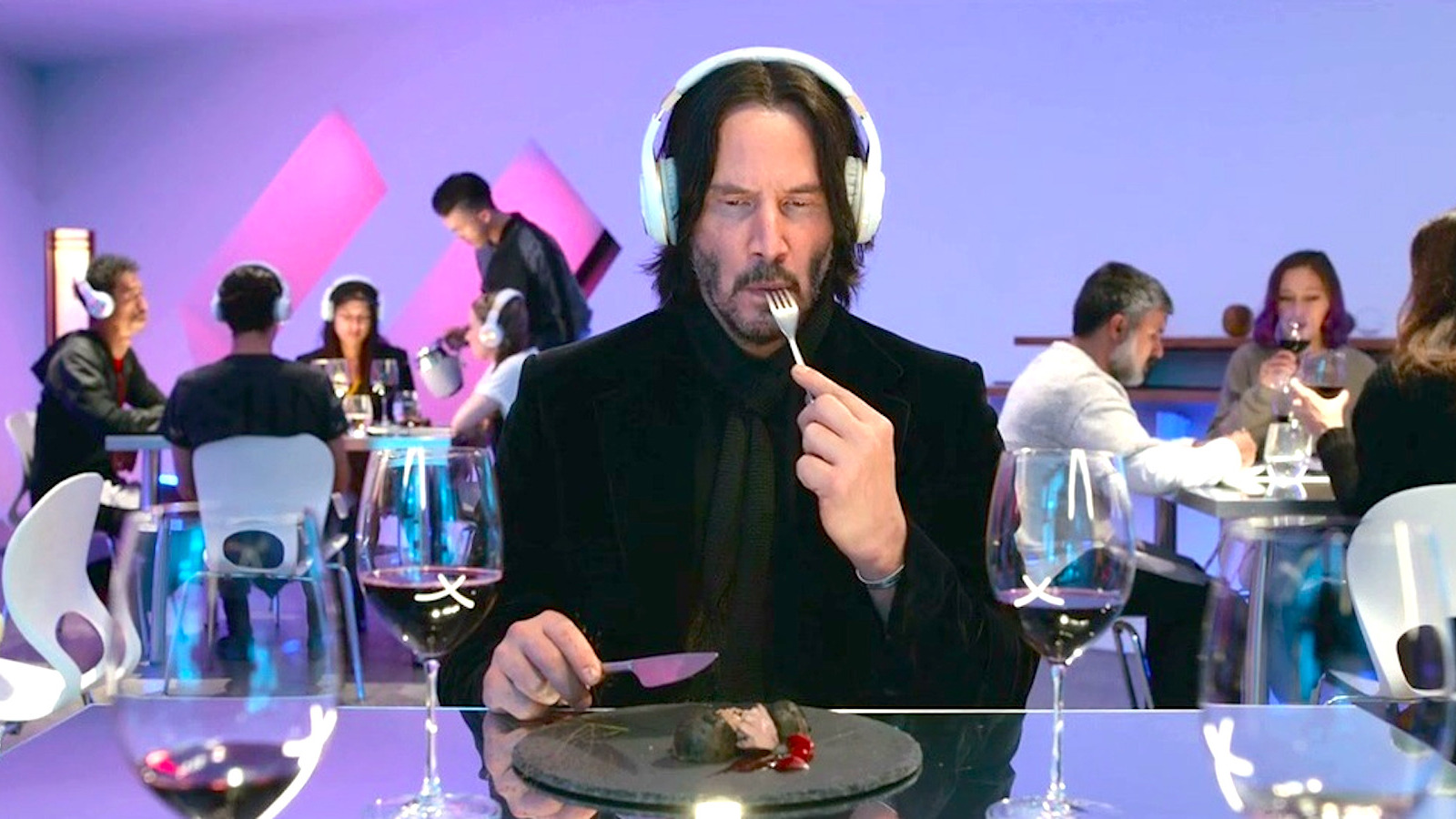 Keanu Reeves is obviously not meant to end up with Sasha (though, if you ask me, Marcus is one lucky guy because I’m pretty certain that no one can actually compete against Keanu in real life), and the version of himself that he plays in “Always Be My Maybe” is meant to be exaggerated for dramatic effect. Movie Keanu is charming but pretentious — he wears glasses without lenses and cries thinking about the animal that had to die for his meal — and he eventually spirals out of control as he tries to outcompete Marcus in a strange bid for Sasha’s affections.

In an interview for IndieWire, the director of “Always Be My Maybe,” Nahnatchka Khan, talked about how Reeves was thrilled to be part of the film. “He immediately got it,” explained Khan about Reeves’ enthusiasm for the part, going on to talk about how the actor even had a hand in writing some of his own lines. “We were talking about the character, and he just had so many funny ideas and pitches that we went back and revised the script with those in mind,” Khan said.

Wong shared that Reeves’ dedication even got down to page-specific detail. She told IndieWire, “I was shocked because I remember he said, ‘On page 80, this happens,'” noting that he had memorized key moments in the script down to the exact pages they occurred on. Reeves even managed to fit four days of filming for “Always Be My Maybe” in the middle of his work on “John Wick 3,” proving that he really is willing to go above and beyond for the roles he plays.

Why Richard Donner Found It Hard To Talk About His Superman...

Ziliwu - January 19, 2023 0
There was no way to know back in the late 1970s what superhero movies would become over the decades that followed. Instead, Richard...