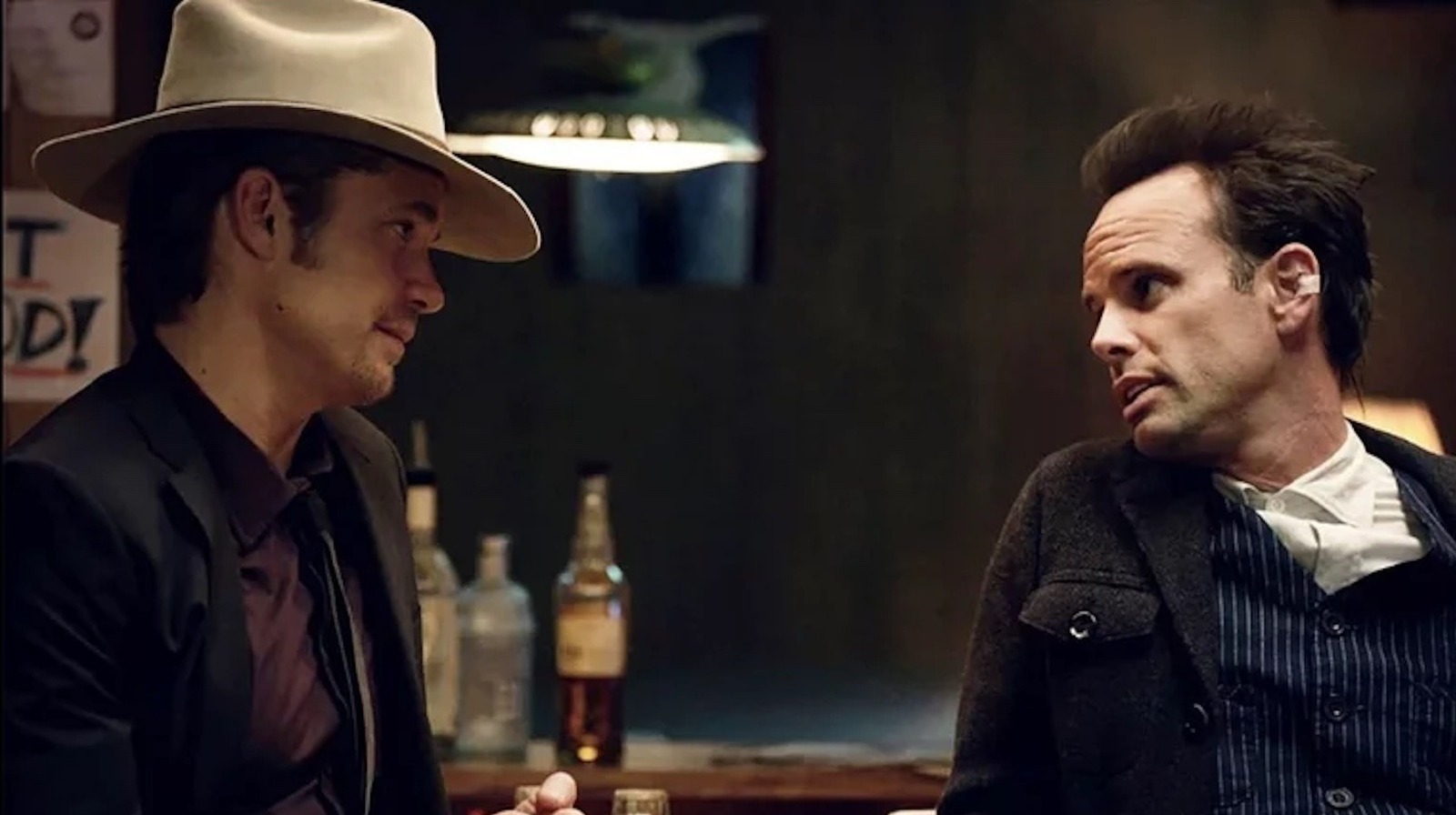 It was actually a struggle to get Walton Goggins to take on the role of Boyd, however, because as a Southerner, he didn’t like the way Crowder might conceivably become nothing more than a stereotype. Because of that, Goggins initially passed on the role. Once Graham Yost assured him he’d be able to portray Boyd as a highly intelligent man who is much more than he appears to be, however, he changed his tune.

It was Goggins’ performance, however, that kept his character alive past the first episode, as Yost explained to NPR in a 2015 interview:

“When we decided to keep Boyd alive, that was a big decision. When we shot the pilot, Boyd was dead at the end of [it]. And then we tested the show and we had all just fallen in love with Walton [Goggins] and the chemistry between Walton and Tim [Olyphant], so we decided to keep him alive.

That decision ended up being one of the best ones Yost and his crew could have made, as the show evolved from being just the story about a U.S. Marshal to a complex two-hander between characters that are, in many ways, two sides of the same coin. Goggins earned an Emmy nomination for his performance, and many of the best scenes were just pages of dialogue with Raylan and Boyd going back and forth. With the limited series “Justified: City Primeval” coming to our screens soon, we’re going to hold out hope we get at least one more of those scenes before the show is all said and done.

Ziliwu - January 22, 2023 0
When Spacek spoke with ComingSoon.net about "Carrie" in 2017, she recounted the shooting of the pig blood prom. As Spacek tells it, most...