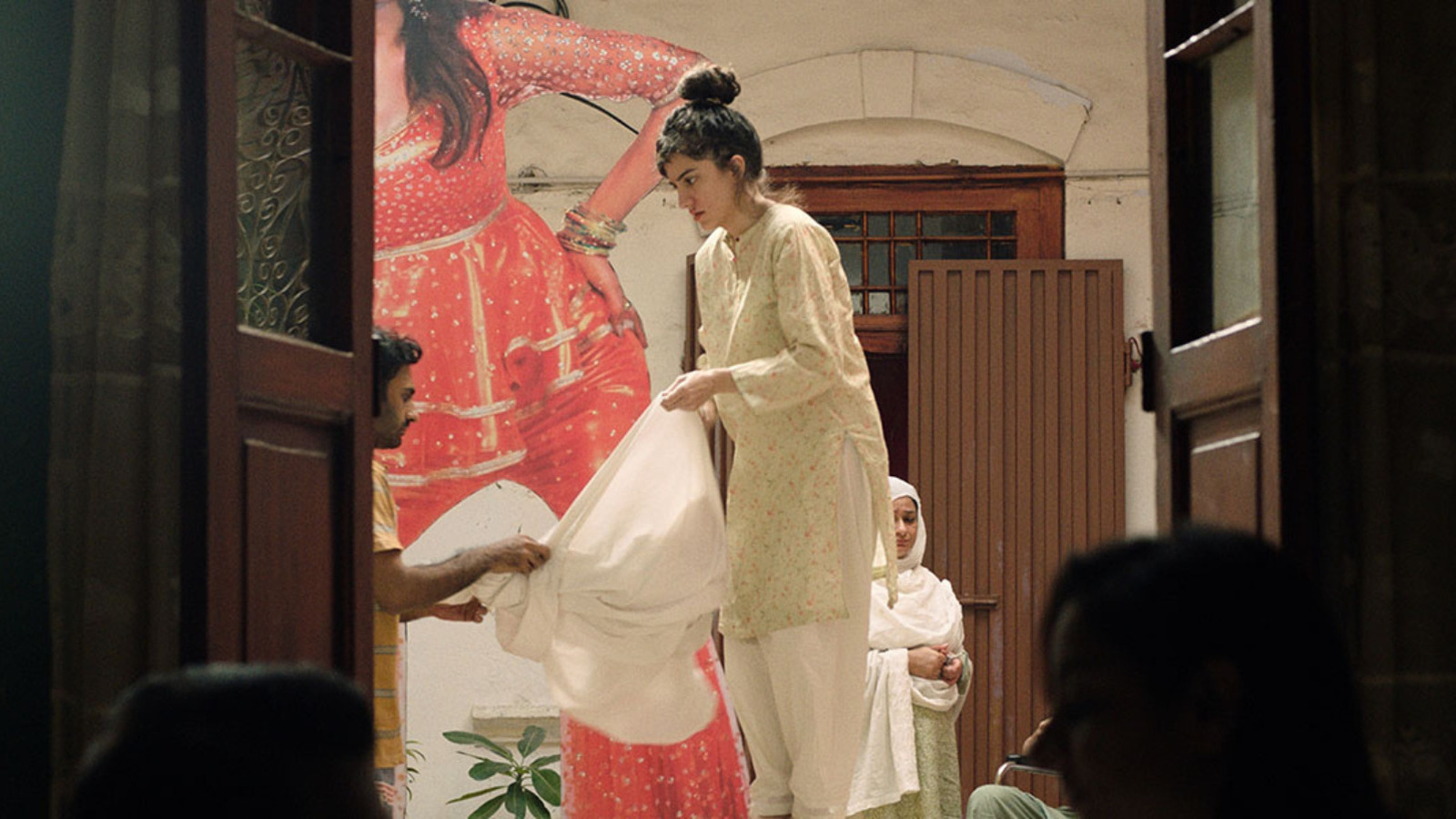 To the film’s credit, it understands fully well that Haider is kind of a piece of work. He’s unassertive, weak, and unmotivated to do anything besides help out his aging father, Rana (Salman Peerzada). While this is seen as a detriment to his masculinity by his father, it’s instead a sign of his perpetual unhappiness. The problem lies in his inability to change – even though it is clear that Sadiq wrote him to be this way, it simply makes you want the perspective to change elsewhere, even if Junejo’s acting is solid.

Speaking of elsewhere, the film’s strongest aspects lie within the women affected by Haider’s impending decisions. Khan is great as Biba, conveying a flurry of emotions and thoughts just through her body language. Her arc as a trans female dancer struggling to move on after a traumatizing event is also quite well-depicted, and the film smartly frames her as its one truly sympathetic character.

However, it is ultimately Farooq’s portrayal as the distant, self-conscious Mumtaz that will stick with viewers. She is thrust into situations that she has absolutely no control over, and as depicted earlier in the film, she is a woman that values her autonomy and self-reliance. Farooq’s range of emotions, from restrained lust to disassociative despair, is extremely compelling, and even relatable across cultures. She certainly is a complicated woman, but one will likely want the entire film to center around her struggles and reprieves of regaining autonomy.

Why Richard Donner Considered Superman The Toughest Two Years Of His...

Ziliwu - January 19, 2023 0
When asked about his most difficult shoot, Richard Donner said he thought it was his work on "Superman." As he said: "Yeah, 'Superman.' There...