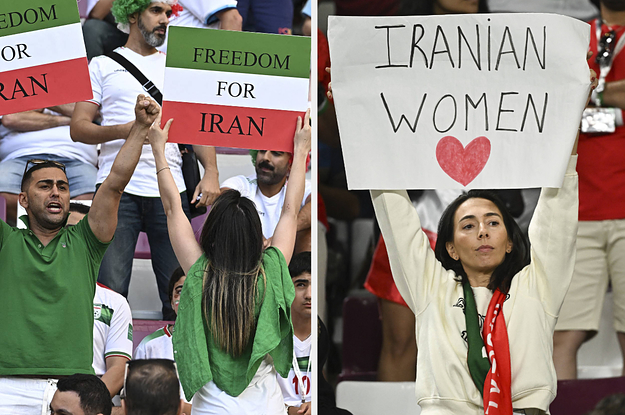 FIFA has tried to forge on with the World Cup even as it deals with the barrage of criticism.

On Monday, seven European countries ditched plans to wear a rainbow armband signaling anti-discrimination and inclusion after FIFA threatened to punish them for it, including handing them automatic yellow cards.

The captains of England, Wales, Belgium, Denmark, Germany, the Netherlands, and Switzerland had planned to wear OneLove rainbow armbands during their matches. But their respective soccer associations later said in a joint statement they were “unable” to do so anymore because of FIFA’s threats.

“We were prepared to pay fines that would normally apply to breaches of kit regulations and had a strong commitment to wearing the armband,” the associations said. “However, we cannot put our players in the situation where they might be booked or even forced to leave the field of play.”

On the eve of Sunday’s opening match, FIFA President Gianni Infantino hit back at critics in an outrageous speech in which he claimed to understand discrimination against marginalized groups because, as a child, he was bullied for having red hair and freckles.

Scream VI Will Have The Kind Of Kills You Can Only Get In New York, Baby!

Aditia - January 10, 2023 0
The information on or accessed through this website is obtained from independent sources we believe to be accurate and reliable, but Decentral Media,...