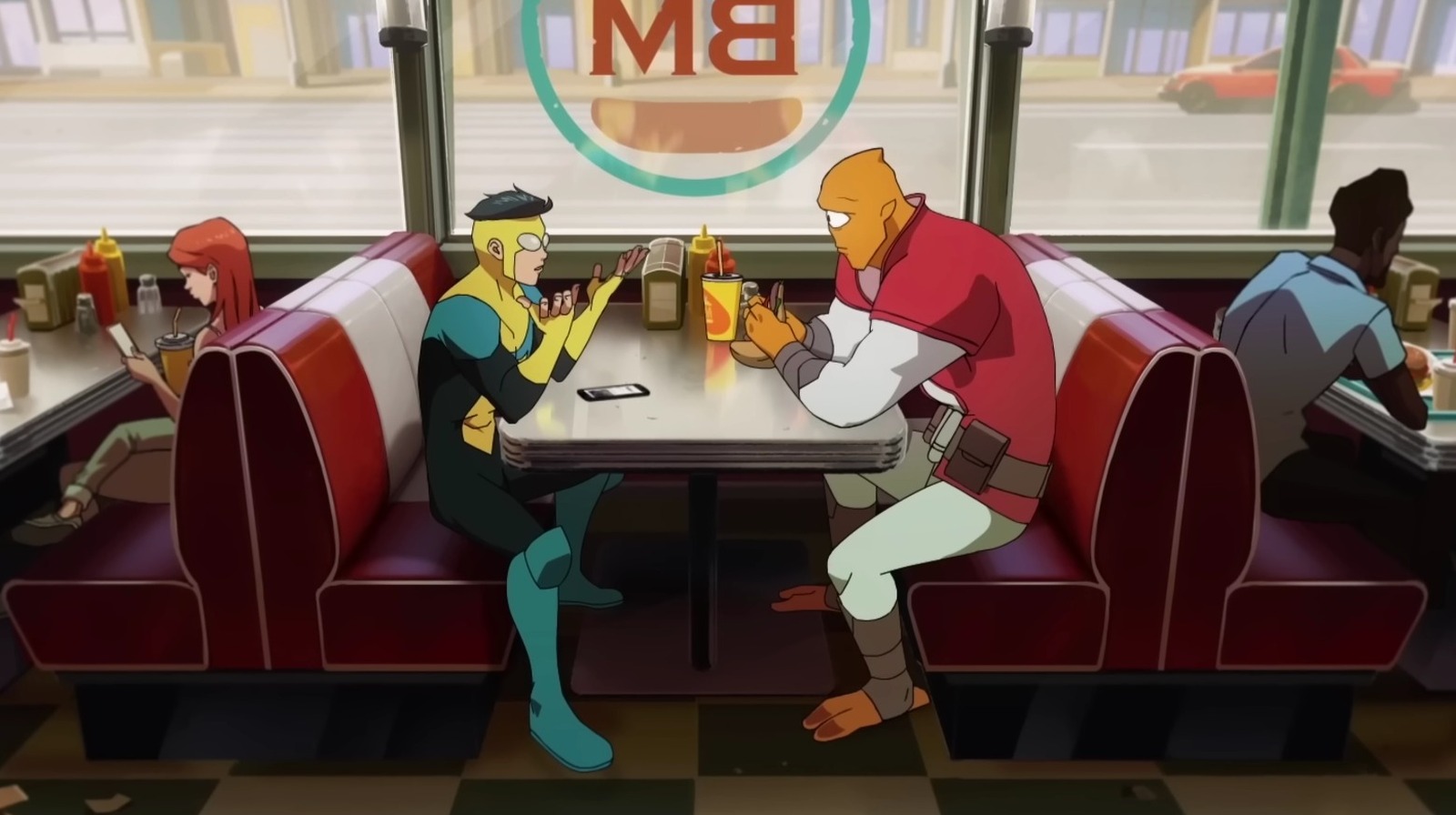 The clip starts with Allen slurping a drink at Burger Mart, where he sits opposite a bored-looking Mark. The first time we saw Allen, the friendly alien had just realized he ended up on Earth instead of Urath, which he was meant to be assessing for the Coalition of Planets. When he returned in the season 1 finale, it was with no mention of that mission. “Did you ever find Urath?” Mark asks during the diner scene here, to which Allen unconvincingly replies that he discovered a planet with yellow skies, purple grass, and hamburgers. While Allen’s apparently been slacking, Mark –- or, rather, the “Invincible” team — has been hard at work.

In a cool meta-montage, Mark explains that he’s been busy “writing, designing, storyboarding, voice acting,” and doing assorted layers of animation “for roughly thousands of shots.” As he talks, we get to see the layers of this shot’s design come to life, plus catch a glimpse of the real-life Steven Yeun, a script page featuring a showdown between Invincible and The Immortal (Ross Marquand), and a character design for Atom Eve (Gillian Jacobs). “90% of that, if I’m being honest, sounds completely made up,” Allen tells Mark before goading him into giving out an approximate release date for the new season.

The show’s first season ended with a pretty intense reveal as Mark finally discovered that his dad, superhero Omni-Man (J.K. Simmons), is actually a ruthless villain responsible for the deaths of heroes and civilians alike. All that, and Mark still has to go to high school. “Invincible” season 2 will premiere on Amazon Prime in late 2023.