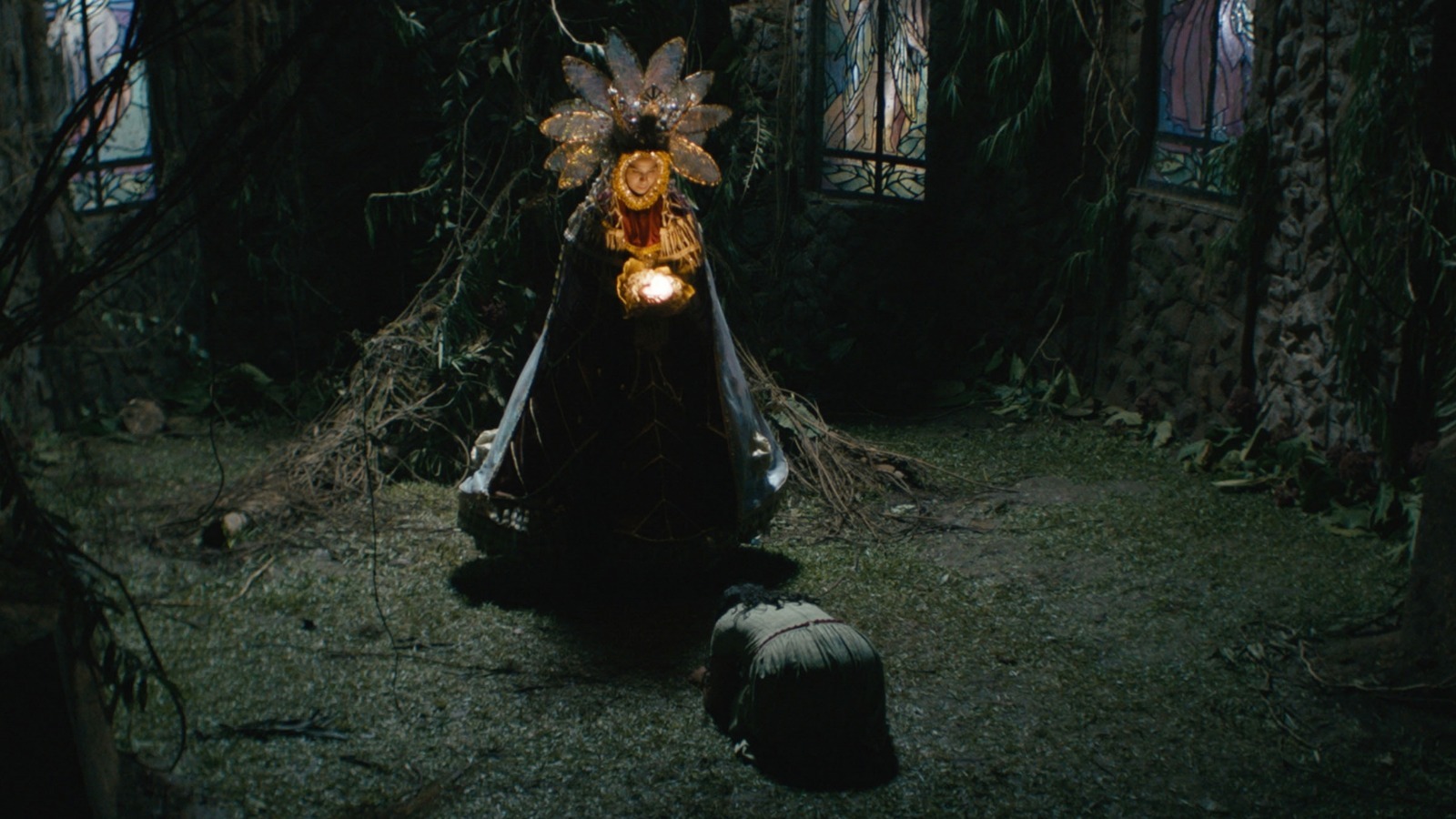 In the forest, daughter Tala finds a body being consumed by cicadas — bugs that, it must be said, do not typically hunger for human flesh. The horror on Tala’s face is quickly wiped away by the appearance of a mythical fairy. The beautiful and ornate fairy has a deep spiritual connection with the cicadas: They allow her to see everything. Tala is given something by the fairy, and she promises it will cure her mother. Seduced by the fairy’s warm demeanor and motherly smile, Tala gives her mother the antidote. But what first seems to cure her in fact does the very opposite, transforming Tala’s mother into a bloodthirsty creature in a home from which they cannot properly escape.

It’s hard to ignore the parallel to another story about a child befriending a mysterious creature with murky intentions: Guillermo del Toro’s “Pan’s Labyrinth.” That’s especially true because there are two scenes here that feel eerily similar. In one, Tala follows the fairy’s instructions to help heal her sick mother, just as Ofelia does in del Toro’s film. In another, the very hungry Tala is presented with a tantalizing selection of food, and it’s practically impossible not to think of a similar legendary scene in “Pan’s Labyrinth” where Ofelia meets the Pale Man.

Despite those moments that invite comparison and the theme of childhood innocence that unites those films, “In My Mother’s Skin” is a very different, far more frightening beast. Dagatan’s camera is mesmerizing, and this is a filmmaker gifted at creating a rich sense of atmosphere. He favors wide shots that show off the immense space where the family lives, but the impressive compositions don’t just examine large spaces — they create a dread-inducing feeling of emptiness, with negative space overwhelming the characters on screen. This once-active mansion now feels like a prison.

The Outwaters Review: A Cosmic Horror Hellmouth Dying To Swallow You...

Ziliwu - January 23, 2023 0
Editing and sound are deeply pivotal to the story Banfitch is telling, and he (having done both of these jobs himself along with...