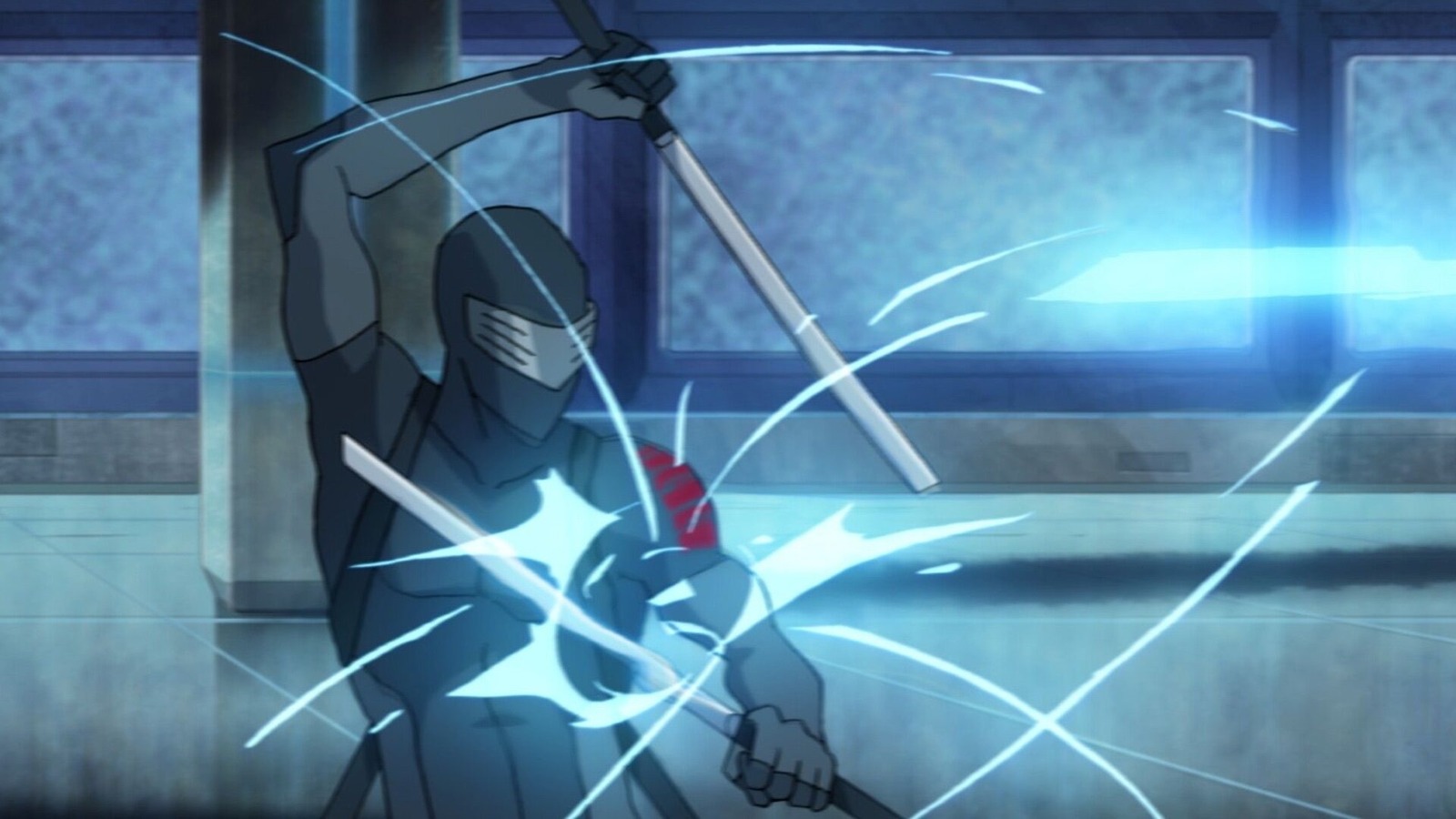 “G.I. Joe” has traditionally been the story of the titular group, the US military’s elite anti-terrorism task force, battling Cobra, a group of supervillain terrorists out for world domination. “Renegades” flipped this on its head. The Joes are fugitives while Cobra is a legitimate (but far from benevolent) biotech company.

In the pilot of “Renegades,” Lieutenant Shana O’Hara/Scarlett recruits her old friend Snake Eyes and four soldiers (Duke, Roadblock, Tunnel Rat, and Ripcord) to investigate Cobra. They discover, and destroy, the manufacture of bio-weapons but are framed by Cobra for bombing a “pharmaceutical factory.” The Joes have to go on the run, looking to prove their innocence and expose Cobra’s wrongdoing. Along the way, they attract the interest of Cobra’s Commander; instead of an out-and-out super-villain like the ’80s, this time he wears the friendly, public-facing (and totally fake) face of “Adam DeCobray.”

Gilroy explained this reimagining had to do with the political climate of the 2010s:

“Worldwide, the U.S. military was not looked at in a very positive light. We can’t just have these guys be gung-ho, U.S. military guys shooting up everything because of what happened in the Middle East.”

Indeed, the military wound up being antagonists for most of “Renegades,” since they were hunting the fugitive Joes as much as Cobra was. The reinvention wasn’t all about politics though. Gilroy continued: “We also thought, well, we probably could tell more character-centric, stronger character stories if we focus on a smaller group of Joes, and we have them on the run.” Indeed, while “Renegades” has a small regular cast, almost every episode featured guest appearances by classic Joe characters.

Treasure Planet’s Animation Was Even More 3D Than It Seems