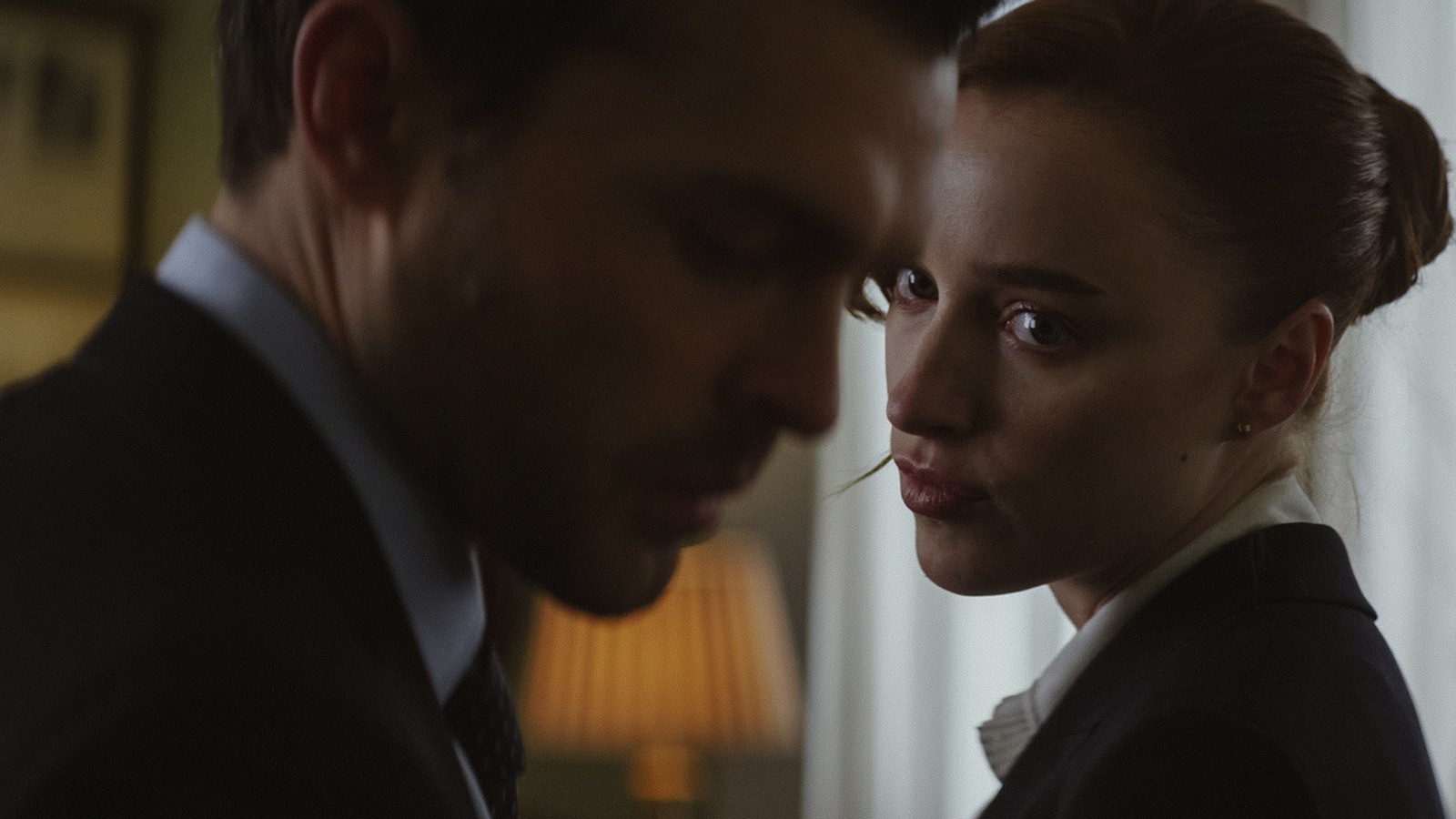 The opening shot of “Fair Play,” writer/director Chloe Domont’s feature debut, features Emily emerging out of the shadows while smoking a cigarette on a balcony, looking like something out of a classic film noir. But Domont isn’t concerned with pastiche or paying loving homage to films that came before. This is a thoroughly modern movie, one that takes conversations our culture has been having for years and runs them through a gauntlet. Until real-world gender and power dynamics in the workplace become a non-issue, films like this will serve as a timestamp of society’s progress (or lack thereof). Domont is interested in the corrupting nature of power, and how single-minded devotion to climbing the corporate ladder can rip through a relationship like a disease.

Through Menno Mans’ crisp cinematography and Franklin Peterson’s precise editing, Domont whisks us deeper into the financial world, raising the stakes in a huge way as characters win and lose massive amounts of money in the blink of an eye. Even if you don’t understand anything about stock markets and shares (raises hand), you never feel lost in the weeds of the terminology; the dynamics are always clearly established, and you get a sinking feeling in the pit of your stomach when characters start to gamble with gigantic sums of investor money as a way to assert their value in the office.

Succession Season 4 Trailer: The Roy Kids Are Once Again Declaring...

Ziliwu - January 26, 2023 0
Exactly how strained has the Roy family relationship become? The good news is that the three siblings who banded together last season are...