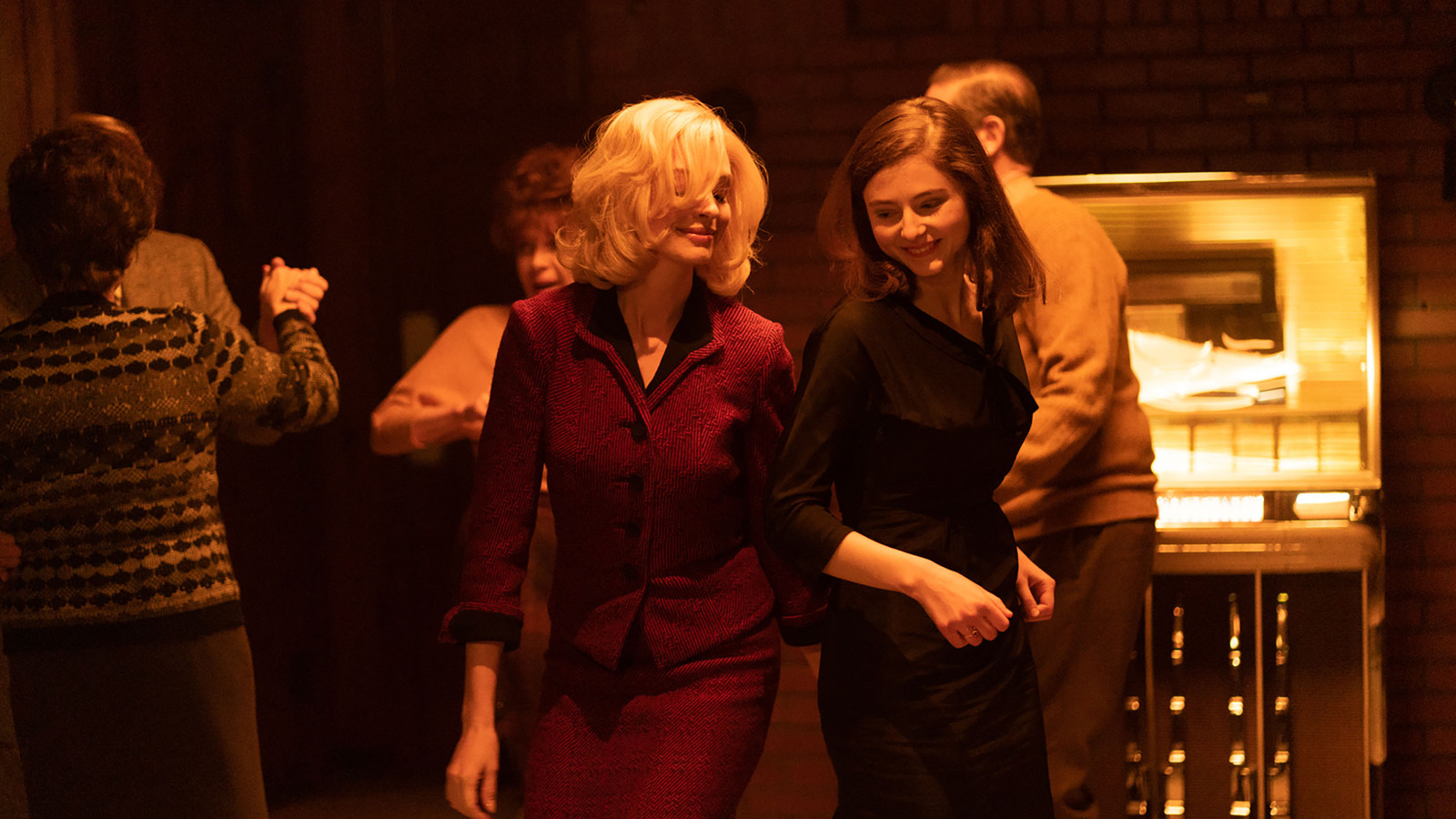 Eileen’s home life isn’t ideal for a 24-year-old. She left college to come home and take care of her mom a few years earlier, but after she died, Eileen is stuck dealing with her unhinged father (Shea Whigham, dependable as always), a war veteran and ex-cop who spends his days drinking himself into a stupor and waving his gun at neighbors and children. Eileen takes care of him, getting his booze and trying to keep him out of trouble, but he treats her like crap, constantly dressing her down. He goads her into trying to kill him, just like a local boy about her age who stabbed his own father to death, and Eileen truly thinks about it — there are several shocking sequences where she shoots him (or herself) out of nowhere, only to be quickly revealed as hyper-realistic daydreams.

Enter Rebecca Saint John, who’s instantly objectified by her male co-workers in classic 1960s fashion. “She may be easy on the eyes,” the warden says to the staff when introducing Rebecca to the group, “but I assure you, she’s very smart.” (Again, she’s in the room when he says this.) As some of the only female employees at the prison, Eileen and Rebecca quickly bond over some shared worldviews, and Rebecca soon asks her enthralled, mousy co-worker to meet her for a drink at a local bar. There, the two hit the dance floor — first as a way to mess with some ogling locals, but then, as they dance, their bond begins to solidify into something more than friendship. Ari Wegner, who recently shot “The Power of the Dog” and “Zola” and who also shot Oldroyd’s 2016 movie “Lady Macbeth” (which helped launch Florence Pugh to stardom), is back behind the camera here, and she crafts an exquisite-looking sequence outside in which the two women are bathed in the red neon light of the bar’s sign during a soft snowfall, as they lean against a brick wall, smoke cigarettes, and reveal more of themselves to each other. When Rebecca invites Eileen over to her home on Christmas Eve, the groundwork has been laid for them to take their relationship to the next level. And boy, do they — but not in the way you might expect.

Ziliwu - January 28, 2023 0
In Hollywood, constant uncertainty has always been the name of the game, but lately, there seems to be even more reason for cancellation...