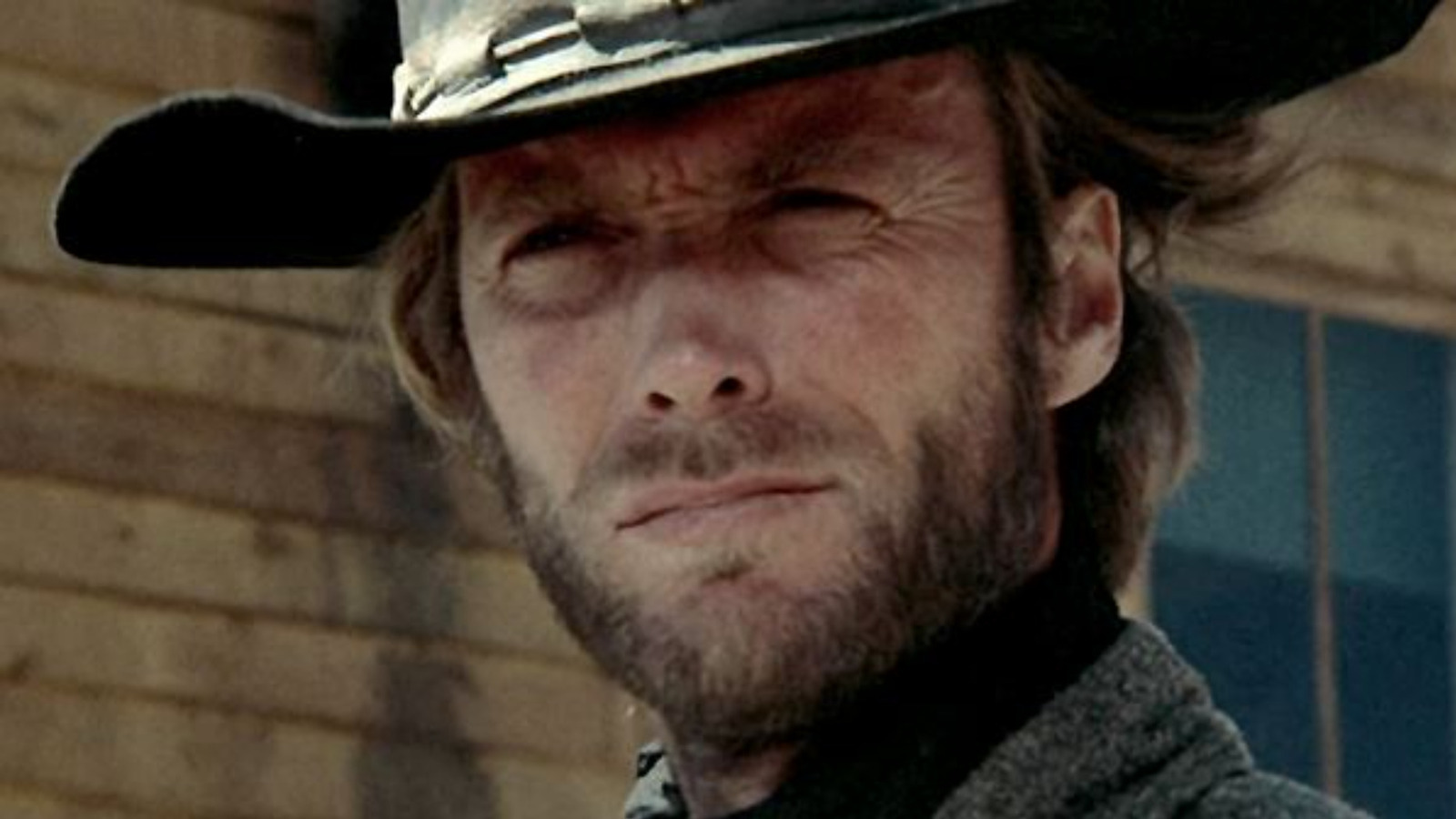 In a 1980 interview with Ric Gentry, Eastwood revealed that, in Tidyman’s original screenplay, his character was the brother of the sheriff. He thought this was a tad too, well, tidy, so he omitted this detail, and hinted at the Drifter’s motive. As he told Gentry:

“[T]he only clue is when the Drifter lies down (later in the hotel) and has this dream of the sheriff being whipped to death, and you know from there that he’s tied in some way, but you’re not sure how. That way you keep the mystique and the whole atmosphere is mysterious. To me, if the Drifter comes to town and immediately says, ‘I’m the brother of the murdered sheriff,’ right away you draw the conclusions. Instead, once he takes the town and humiliates them through his own methods, you’re asking, ‘Who is he? Why is he doing this?'”

The “why” is never plainly stated, but after the Drifter orders the townspeople to paint the town red prior to the arrival of the outlaws, and scrawls “Hell” over the village’s name as he rides out, you begin to get the picture. His closing exchange with the man he installed as mayor leaves little doubt as to the Drifter’s identity. “I never did know your name,” says the mayor. The Drifter’s chilling reply, “Yes, you do.”

Visually, Eastwood had a ways to go as a filmmaker, but his dim view of the United States and, to a larger extent, humanity has never been more emphatically expressed. We’re living on stolen land, and, as a later Eastwood character would inform us, we’ve all got it comin’.

Carol Burnett Is Getting A 90th Birthday Bash On NBC

Ziliwu - January 27, 2023 0
You can now watch full episodes of "The Carol Burnett Show," like the series finale, on the show's official YouTube channel. Mark Bracco, an...