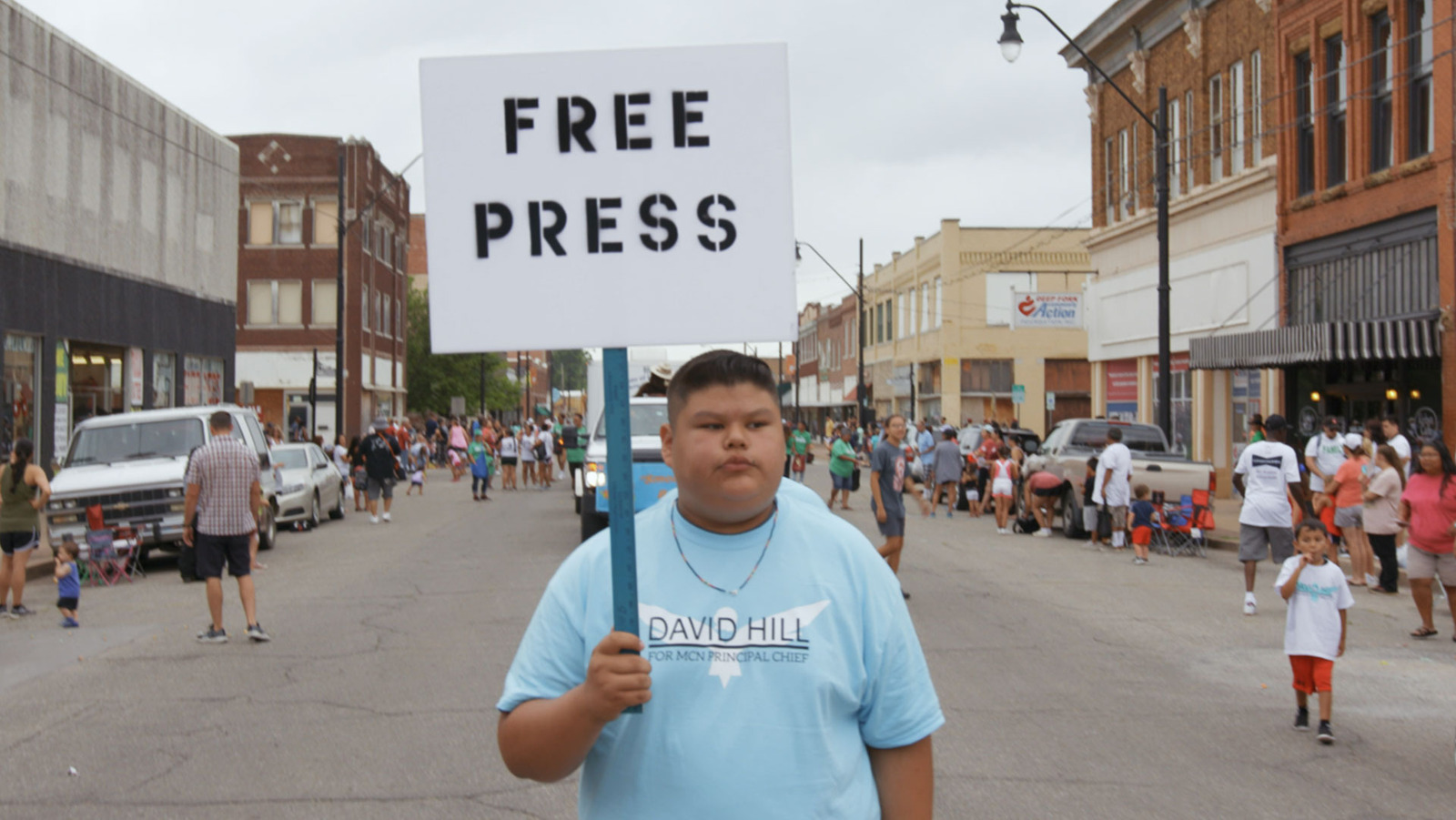 I was on the edge of my seat watching “Bad Press.” And it’s not because I’m just that invested in Mvskoke Media (although the documentary does an excellent job of making you care about the journalists’ plights) — it’s because this is a human interest story, and you can’t help but care about what happens to this community. Admittedly, I’m a small-town gal at heart, and I’ve been in involved in similar local media institutions. Perhaps that’s why in the end, I wept.

The documentary is directed by Rebecca Landsberry-Baker, a citizen of the Muscogee Nation and the executive director of the Native American Journalists Association, and Joe Peeler, an established documentary filmmaker (according to Sundance). The collaboration presents the best of both worlds: we get a perspective on the Indigenous community that’s honest, empowering, and relatable, but the documentary itself has the style and energy you’d expect from Netflix or even HBO. I try to go into festival documentaries with pretty low expectations for production value, but I was pleasantly surprised by how polished and tight “Bad Press” is. Not only is the actual cinematography and direction strong, but the pacing is exciting, and there are tons of little tricks and artistic flourishes that really elevate the documentary — like a shot of an open pizza box to frame the passage of time (because more slices are gone! It’s subtle and cute). There aren’t splashy animations or expensive pop songs, but the film doesn’t really need that; everything is very down to Earth, which feels so appropriate for the subject matter.

To a certain extent, a documentary is only as good as the story it wants to tell. This can be a blessing as well as a curse. Sometimes, there can be unexpected twists and turns that make for a really compelling story, like the filmmakers finding Sixto Rodriguez in “Searching for Sugar Man.” Other times, there is no compelling or satisfying conclusion — this is real life, after all. The mark of a really great documentary, to me, is one that can make a general audiences feel invested in a niche subject that they otherwise probably wouldn’t care about. If in the process of doing that, the documentary also benefits from a satisfying arc — that’s when the magic happens. This is how I’d characterize “Bad Press”; it may be a local story, but it does benefit from some genuinely exciting twists and turns, which elevates an already dynamite documentary. It educates. It entertains. It empowers. What more could you want?

Tales From The Box Office: Meet The Spartans, One Of The...

Ziliwu - January 21, 2023 0
Following the success of "Scary Movie," Friedberg and Seltzer attempted to get other projects off the ground, but ultimately they were pragmatic about...