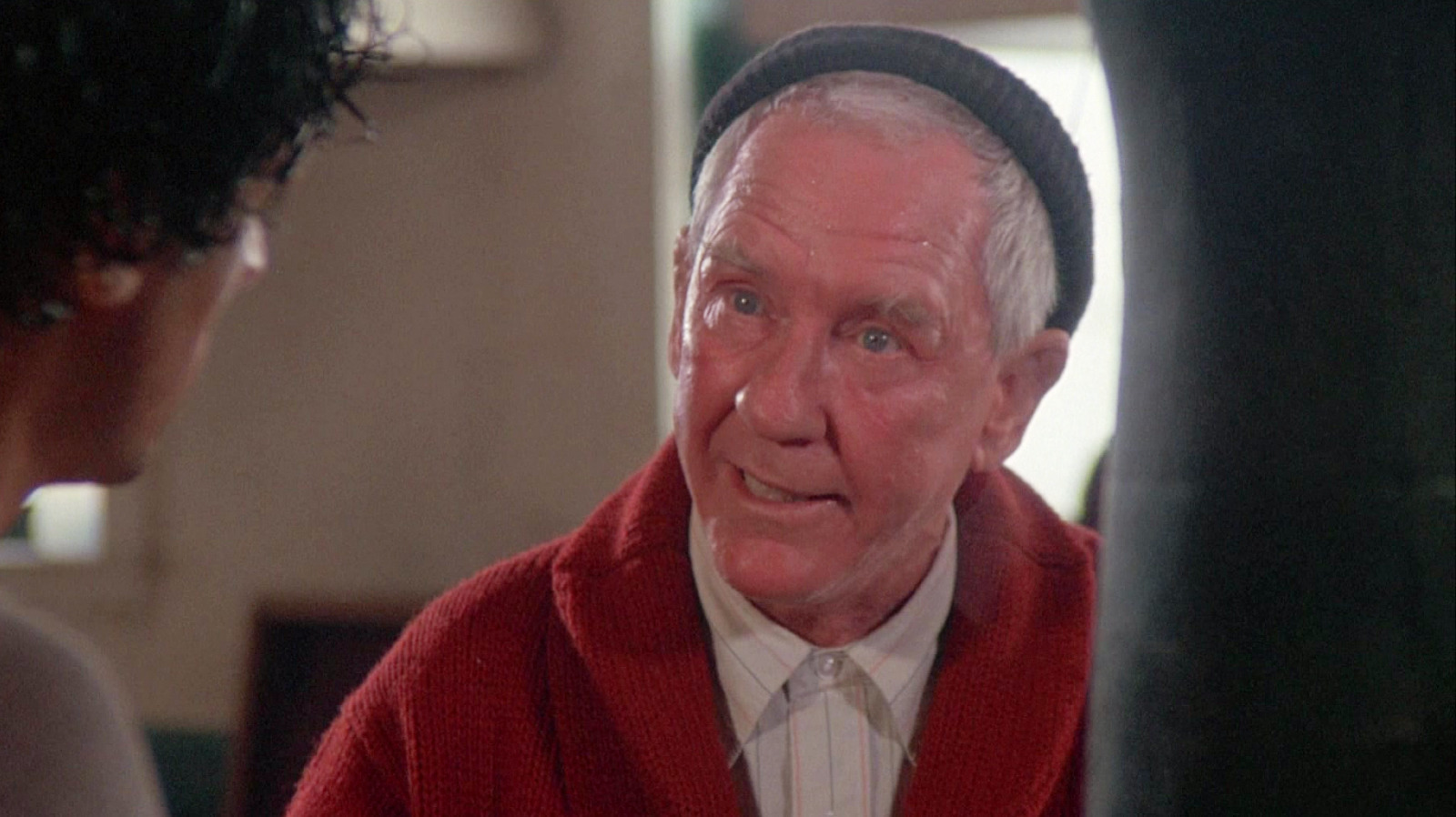 During Burgess Meredith’s audition, he read for the scene where Rocky discovers he’s lost his locker at the gym and moves to confront Mickey about it. At this point in the film, Rock isn’t A Contender, and despite winning some (admittedly low-level) fights and being at that gym for six years, Mickey has his things bagged up and has given the locker to a fighter who is, in his professional opinion, more promising.

After originally performing the scene as written, Meredith elected to jazz things up a bit. John G. Avildsen explained:

“We tried it a couple of times, and then I said, ‘Let’s just improvise it and put the script down.’ So [Burgess Meredith] and Sylvester [Stallone] went through the scene again, and when Rocky is supposed to turn and walk away, Burgess said, ‘Rock, you ever think about retiring?’ Sylvester never wrote that, but that’s exactly what the guy would say.”

The original “Rocky” script draft is exceptional, despite being written in a mere three days. The film was nominated for a slew of Academy Awards including Best Original Screenplay, and it won for Best Picture, Best Director, and Best Film Editing. Even still, Meredith’s note-perfect line was such a perfect fit for the Mickey character it not only landed him the part, but it also made it into the actual movie. For all its successes, however, the line did fail where it mattered most … Mickey didn’t convince Rocky to quit, and the duo went on to fuel a classic rags-to-riches sports franchise.

Ziliwu - January 22, 2023 0
Proyas originally conceived "Dark City" as a noir-addled detective story where the protagonist is driven insane in pursuit of the truth. Although this...